Wait for next election, Anwar

As a Muslim, Anwar should accept that he can plan, but God decides.

From the very beginning what he did was morally wrong, although politics by a Machiavelian standard is apolitical.

It may be the accepted norms in other developing countries, but Malaysia has come of age and our politicians should show maturity and dignity when clamouring for political power.

Anwar should have the patience to wait for the next general election and let the people decide. He already has control over five states and should concentrate on them by showing to the people how the Opposition governs these states.

In a democracy it is the people who actually hold and wield power and not the politicians. For in the words of Abraham Lincon, “democracy is government by the people, of the people and for the people.”

On March 8, the people decided to cut Barisan Nasional’s two-third majority and yet BN accepted the defeat graciously and respected the will of the people.

When Anwar won in the Permatang Pauh by-election, it was again an indication of the people’s will and again BN accepted it in good faith.

Instead of being arrogant, Anwar should be humble with his victory in Permatang Pauh. Buying over BN representatives runs counter to his anti-corruption campaign.

A man of virtue will not resort to unethical means to meet his objectives and he has indeed lost the respect of certain quarters.

As a member of the public, I call on Anwar to close ranks and work together in the interest of the country.

As a former Deputy Prime Minister and Umno strongman, he has access to Pak Lah and can contribute in terms of ideas etc.

As the Opposition Leader, he can play a constructive role by bringing up pressing issues which affect the rakyat directly.

What the people need is less politicking as there are many urgent matters affecting them, such as illegal immigrants, spiralling food prices, wayward youths, the education system, etc.etc.

I was in the Ministry of Foreign Affairs for a short stint when Pak Lah was the Minister. I had the opportunity to study him at close range.

In all honesty, Pak Lah is a God-fearing man, hardworking, humble and well-liked by civil servants. I believe he never yearned to be the Prime Minister. Tun Dr Mahathir probably saw the good values in Pak Lah and passed the premiership to him to the surprise of some hopefuls.

Indeed, heavy is the head that wears the crown,as Pak lah has probably found out.

But as he said at a press conference, ”... being Prime Minister is not main-main and olok-olok..it is serious business...”

I believe Pak Lah is a man of his word. When the time comes he will honour his words and pass the baton to his annointed successor Datuk Seri Najib Tun Razak.

Meanwhile, let Pak Lah do his job in peace. 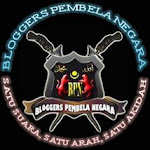 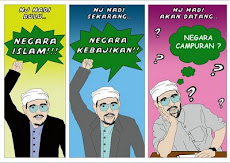 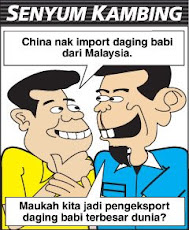